“For the quality of its products, Óbolo was recognized with a gold medal as one of the 14 best chocolates in the world at the Academy of Chocolates Award in London, an event attended by 800 chocolatiers.” 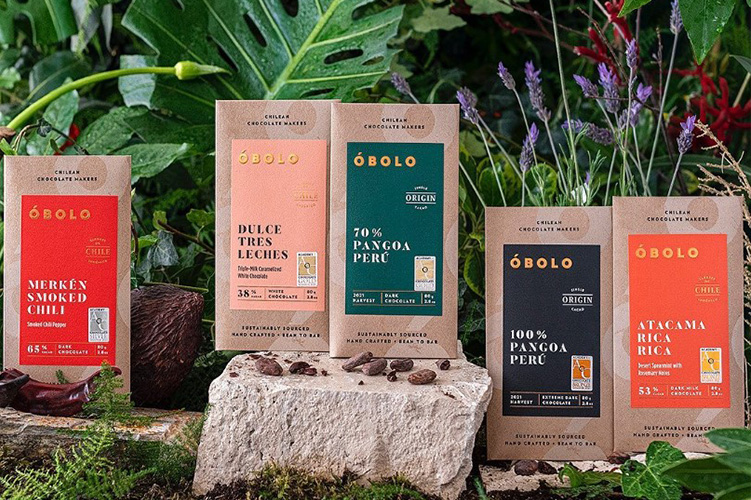 Óbolo’s name is symbolic. Meaning gift, a synonym of regalo in Spanish, its origins can be traced back to ancient Greece where it also was the word for a coin. Fittingly, prior to the Spanish arrival to the New World, the cacao bean was used as currency for trade in Mesoamerica. Gerrits has been living in Chile for over two decades during two separate stints from 1993 to 1999 and then in 2003 to present. In between, he lived in Ecuador where he discovered the fascinating world of cacao and chocolate in the rainforest. He worked with the cacao-producing communities for Yachana Gourmet (a direct trade, gourmet chocolate company) and got first hand experience in directly sourcing cacao from small farmers to transform those beans into a finished chocolate product.